History of the Modern Acupuncture
Acupuncture has a very old history as a treatment method and was first mentioned in writing in the second century before Christ. The cradle of acupuncture lies in China, it was not until the Middle Ages in Europe, the treatment of diseases using needles became known.

The term acupuncture (Acus = lat. Needle, punctura = lat. Stinging) is still associated in public today with Traditional Chinese Medicine (TCM). But this extraordinary treatment system includes much more. That’s what John Boel recognized. He first began to study the topic in 1983. He proceeded systematically and scientifically.
The all-rounder, born in West Jutland in 1944, became known all over Denmark when he successfully treated the then Danish Tour de France winner Bjarne Riis in 1996.

Curiosity coupled with the urge to simplify the treatment methods led John Boel finally to the development of “Acupuncture 2000”, later called AcuNova. It became the first of the 11 methods of Boel Modern Acupuncture (BMA), plus the eye acupuncture that made John Boel famous in Germany.

What is Boel Modern Acupuncture about?
Traditional Chinese acupuncture, which John Boel also learned, seemed too complicated for him. H 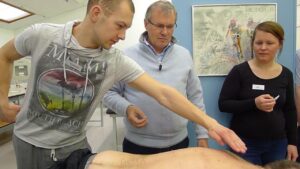 e was looking for a simpler way to use the needles properly.

Then came AcuNova: Unlike the previously known acupuncture methods acts AcuNova on the nervous system – in contrast to Chinese acupuncture, which works on the so-called meridians.

The novelty discovered by acupuncturist John Boel is that there are very sensitive reflex points around all the joints in the human body that are connected to various parts of the brain via the nervous system. From there, the various affected body parts are influenced and the body’s own healing process activated.

The novelty is also that this self-healing process can be initiated with AcuNova. In other words, AcuNova treats the physical problem with the healing methods of nature.

John Boel calls AcuNova a “new science” that has been developed from practical experience.

Further BMA methods
With AcuNova as its starting point, John Boel developed 10 other modern acupuncture methods over the next few years: AcuLine, AcuChronic, AcuDNA, AcuStomach, AcuSpine, AcuKing, AcuOne and AcuMagic, AcuKnee, and AcuTouch. Depending on the affected part of the body, the methods are used individually or in combination, as in successful eye acupuncture. The latter helped countless patients regain their sight, even though they were almost blind before.

So far, more than 6,000 alternative therapists, naturopaths, physicians and other health professionals from 50 countries have learned one or more BMA methods.
In contrast to complicated and sprawling Chinese acupuncture, BMA is very easy to learn and use.

So much has happened since the late 1990s, when John Boel presented AcuNova.

BMA has been presented over the years at several international acupuncture and medical congresses in Denmark, Germany, China, Norway, Sweden, the Netherlands, England, Switzerland, Austria, Spain and Sri Lanka. There, in Sri Lanka, John Boel was probably the greatest honor of his past work: The Acupuncturist “Acupuncturist” awarded the Danish Acupuncturist the title of “acupuncturist of the century” – the first of his guild worldwide – due to the discovery of AcuNova.

BMA training: Courses and seminars
One is the development of Boel’s unique modern acupuncture method, which includes well-known eye acupuncture, and the other is training as a BMA acupuncturist. The treatment methods developed by John Boel now make up more than a third of the existing acupuncture methods – reason for the Dane to be proud of the research and the successful application! He calls this brilliant development a “silent revolution” … 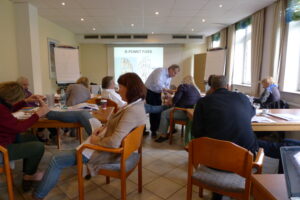 Those who learn the BMA methods have u.a. the chance to help 80-90% of his patients. Especially those who have already been abandoned by the medical profession.

Boel Modern Acupuncture offers compact, multi-day courses, with topics based on each other.

Since the different BMA methods can overlap each other, the keyword is: Synergy.

Boel’s 11 Modern Acupuncture methods increase the chances of recovery thanks to the unique synergy effect! For example, the AcuOne method can be combined with AcuDNA when treating patients with hereditary diseases.

The uniqueness of the Boel courses: All BMA methods can be learned within a week!

World-class acupuncture
John Boel has raised this form of treatment to a new world-class level with the development of modern acupuncture. This has benefited millions of patients worldwide so far.
The research and development of the ten new acupuncture methods are unique in the world.
Thus, John Boel’s long, exciting and experiential journey from the West Jutlandian electronics engineer to acupuncturist of the century was more than worth it!