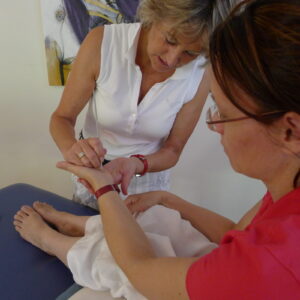 Boel Modern Acupuncture – the treatment system of the future?
If you are a non-medical practitioner, doctor or therapist, and you want to work as an acupuncturist at a high level, then you should focus on training in methods of Boel Modern Acupuncture (BMA).
In a short time, you can learn BMA in the courses offered in different countries worldwide, and thus help up to 85% of your patients. With the 11 BMA methods developed by the Danish acupuncturist Prof. John Boel, you are faster at your goal and work more effectively: this is acupuncture without detour – from the point.

Crucial is the direct impact on the brain in this type of acupuncture – clear and precise! In particular, the combination of methods – the synergy effect – gives the decisive advantage in the treatment of pain and organic diseases. This makes BMA a treatment system of the future.

Starting point: “AcuNova”
The road to effective BMA methods is characterized by intensive, ongoing research. It started with the first method “AcuNova” in the late 1990s. Since then Prof. Boel has developed nine other methods.
Modern Acupuncture has been especially known in Germany due to successes in eye acupuncture which have been promoted on German TV in the mid 1990s.

World-class training in acupuncture – the courses
Visit our compact and intensive courses in eye acupuncture and the 11 BMA methods.